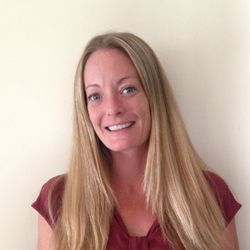 As you may know, San Diego County's South Region was one of the first communities to adopt the Communities of Excellence Framework. Starting in 2015, I've had the pleasure of working closely with their team to both support their implementation efforts and to learn from their experience in order to make improvements to both the Framework and the approach to adopting it. Their "community" is a region of over 500,000 residents. This may sound daunting, and there are certainly many challlenges, but one of the reasons that they've been able to make such incredible strides lies in the cohesion and "shared identity" of both the South Region Leadership Team and the Region itself.

This was most evident in the experience I had yesterday with their team. The Health and Human Services Agency for the County (the backbone organization) has spent the last year working closely with the South Region Leadership Team to develop their Baldrige-based Community Profile. Given the size of the Leadership Team (sometimes almost 50 people in attendance), they decided to form a small Ad Hoc Committee to assist them with the Profile. The Committee would brainstorm responses to the Profile questions and the HHSA staff would compile that information, summarize it and then share it with the Committee at the next meeting for agreement, all the while updating the Leadership Team on their progress.

A couple months ago, knowing that they would need confirmation from residents (Voice of the Resident), the team put together a questionaire that asked residents whether they agreed with profile of the community as well as asked about their priorties for their community. Last week they tested that survey at a Health Fair in the region (true to their Performance Improvement System, they are using the PDSA improvement process for these surveys). The responses from the 47 residents that took the survey confirmed the statements in the Profile quite well. They used Promotoras and South Bay Community Services Resident Leadership Academy graduates to survey residents.

One story from that experience stood out to me: One of the Resident Leaders who was helping out told the San Diego South Region team that she had been having some challenges at home and wasn’t sure if she would be able to go to the health fair. She decided to share the survey with her husband and explain why she felt it was so important. She told us that he was really excited to see what she was doing and not only was she able to participate but her husband was able to better understand the importance of the work she was doing in the community and wanted to get involved himself. Not only was she able to go the health fair that day, but that she felt like it helped their relationship.

I know all too well the importance of identifying early successes in our communities adopting this framework. Improving outcomes such as graduation rates or diabetes rates can take many years. Small impacts such as this story though are starting to happen right away. I don't often get to see the day to day impact that the Communties of Excellence Framework can have on residents. I am so grateful to the South Region team for all their hard work, dedication, and ability to take the time to step back and acknowledge such important aspects of their journey.