Albany was originally called Athens, and under the latter name was platted in 1845. The present name is a transfer from Albany, New York, the native home of a local judge at the time. Our post office has been in operation since 1857.

We are proud of our history as a railroad destination, home to three colleges, and the oldest Horology School west of the Mississippi river (still repairing watches and jewelry in the same location until the 1970s). The Albany Carnegie Public Library, Gentry County Courthouse and the Samuel and Pauline Peery House are all three listed on the National Register of Historic Places. We have developed a unique driving/walking tour of the many beautiful historic homes, buildings and places of interest to entertain visitors. 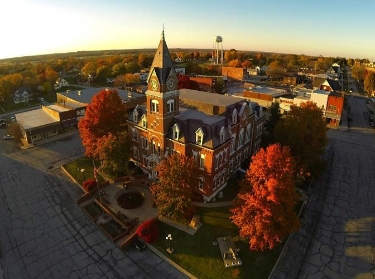 Albany is located in the corner of Northwest Missouri, and has a total area of 2.44 square miles, with the Town Branch Creek running through the center of town. As of the 2010 census there were 1,730 people, 753 households, and 446 families residing in the city. The median age in the city is 44.1 years, with 22% of residents under the age of 18 and 49% of the population between the ages of 45 to 65 years of age or older.

We have a solid mix of services, retail businesses, agriculture and industries in our community. There is a 73 acre Industrial Park, located on US Highway 136, a main artery for Northwest Missouri. This site is 17 miles from Interstate 35 (the NAFTA Corridor) and approximately 50 miles from Interstate 29. Albany Municipal Airport serves regional and interstate traffic. All utilities are owned and operated by the City of Albany. 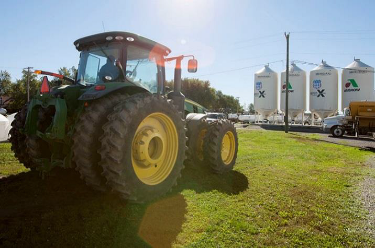 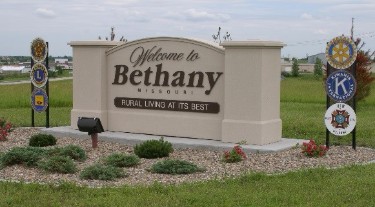 Bethany was incorporated by an act of the Missouri General Assembly on January 6th, 1860.  The community was founded by John S. Allen who in turn served as the city’s first mayor.  The city is surrounded by fertile farm land and acreage that is used for hunting from individuals all over the United States.  Bethany is also the onetime home of Civil War General Benjamin Prentiss (who also served as postmaster after his retirement from the Army) as well as World Series pitcher Charles Benjamin "Babe" Adams, last surviving World War I veteran Frank Buckles and silent film star and Hollywood script writer Beulah Poynter.

Industry played an important role in the early days of Bethany as the first steam mill was erected around 1854 by Colonel C.L. Jennings.  Known as one of the major trading hubs of Northwest Missouri, Bethany quickly became the nerve center of Harrison County (pop. 8,615) and was later officially chosen as the county seat.  Harrison County Community Hospital is currently the city’s largest employer.  Other major employers include Gumdrop Books, Fargo Assembly of PA, Inc., Hy-Vee Food Stores and Wal-Mart.  The future of Bethany is promising based on an ever increasing enrollment at South Harrison R-II School District as well as the construction of two new roads that have been earmarked solely for the purpose of economic development.

Bethany was at one time the point of origin (and namesake) for one of the largest limestone deposits in the United States.  That deposit extended south to Kansas City, Missouri from the now eroded Bethany Falls.  The city is 4.44 square miles in land mass and contains two city lakes located just north of the city limits as well as four beautiful public parks.  Running through the northern region of the town is Big Creek which flows directly into the Grand River and Missouri River system which is the longest in North American.  Bethany is located directly on U.S. Interstate 35 running north and south at the midpoint between Des Moines, IA and Kansas City, MO. The town is also situated at a cross junction where State Highways 69 and 136 intersect. 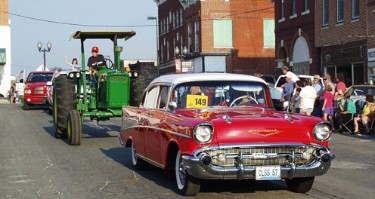 Bethany is home to the historic Edna Cuddy Memorial House and Gardens located on Main Street near downtown.  The home was built in 1882 and is decorated throughout with period furniture and décor.  The downtown area is also decorated with two beautiful murals.  One of those murals is dedicated to Charles “Babe” Adams and the other one depicts the downtown area as it would have been in the 1930’s.

Bethany’s current population (based on the 2010 census) stands at 3,292 and is considered rural.