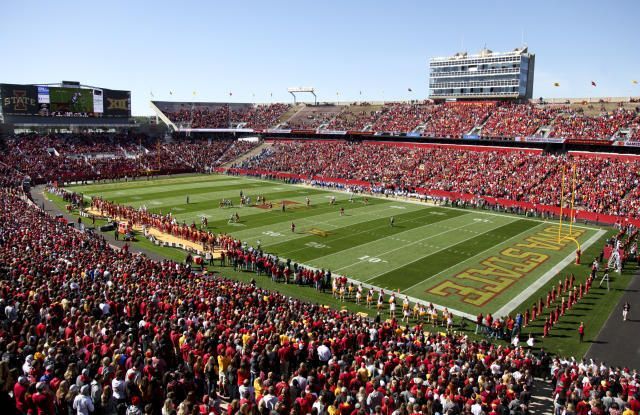 Ames is an urban community located in central Iowa (Story County), approximately 30 miles north of the state capital of Des Moines (Figure P.1-1). It is the home of Iowa State University (ISU), one of the country’s first land grant universities. Ames has a total population of 66,258 (2019), with Iowa State University (ISU) students making up approximately 36,000 of the population. Incorporated in 1869, the city was named in honor of Oakes Ames, a congressman from Massachusetts who had railroad interests. The name was proposed by industrialist and railroad magnate, John Blair, a friend and colleague of Mr. Ames and a co-founder of the city of Ames.

The terrain is mainly flat to slightly rolling and agricultural. The climate is typically continental with strong seasonal variations. Summers are warm and humid with frequent showers and thunderstorms, some heavy. Winter brings mostly cold, dry air from the north with periods of precipitation, mainly snow. Below zero temperatures, strong winds and wind chills occur occasionally. Fall is dry and pleasant; the first freeze is typically early October and the last early May. 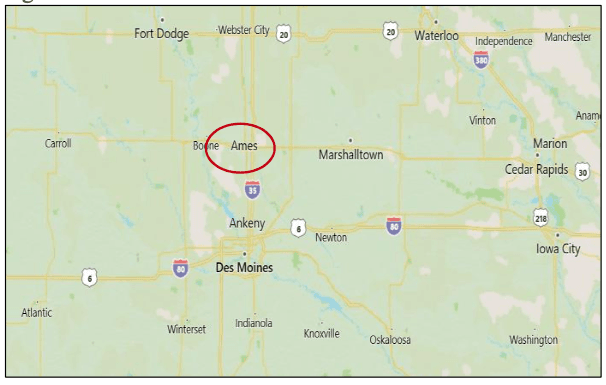 Ames has experienced growth in its population according to the US Census Bureau (Figure P.1-2) and compares favorably to that of neighboring communities south (Des Moines) north (Fort Dodge), and east (Marshalltown). Ames also compares itself to in-state university town Iowa City, home of the University of Iowa, and land grant university town Fort Collins.