Excelsior Springs, Missouri is a vibrant, historic community in a strategic location for future growth.  The city’s prospects present both exciting challenges and opportunities. 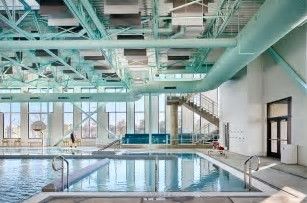 Excelsior Springs’ unique history began with the discovery of its mineral waters; founded in 1880 the city grew as a destination for healing waters.  Its numerous mineral wells attracted people nationally to come experience “America’s Haven of Health.”  The city used its special features to grow and prosper well into the 1960s when changes in medical science caught up with the city.  The city’s economy was forever changed but not its unique beauty, character, and history.

Historically Excelsior Springs’ economy was independent from the Kansas City Metro Area but over the last 20 years an economic transition has occurred in the city with more residents commuting to jobs outside the city.

The city’s early development occurred in the Fishing River valley populated by hotels, resort services, bath houses, retailing, and related uses.  The attraction of the springs caused residential neighborhoods to grow both in the valley and on the surrounding hillsides.  In the early twentieth century, the “City Beautiful” movement came to Excelsior Springs as a community partnership retained the great landscape architect George Kessler to develop a parks and urban design plan to complement the springs and knit the city’s considerable public and private resources into a unified design plan.  In 1912, the city core received direct connections to regional cities with the completion of the Kansas City and St. Joseph Railway electric line, and was also served by the Wabash Railroad.  This high-performance interurban operated until 1933, when a combination of highway and steam railroad competition and the Great Depression led to insolvency.  Later developments occurring to the west of the core city, followed more conventional development patterns along transportation corridors that followed relatively flat, upland alignments including both highway and railroad corridors.  The resulting community, influenced by both history and geology and more conventional factors such as transportation and regional growth patterns dispersed development over a relatively large area. 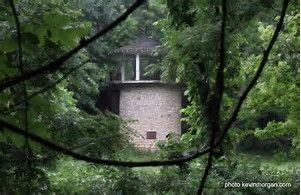 Excelsior Springs, a suburb of Kansas City, is a city of over 11,000 residents earning the recent designation “Playful City”.  Over the last 50 years there have been many struggles and successes.  Excelsior Springs suffers from a generational pocket of poverty that is perhaps a result of the large loss of service related jobs supported by the tourism industry.  Today, Excelsior Springs boasts a growing tourism industry, following the restoration of the historic Elms Hotel and Spa, the region’s top wedding destination and spa attraction; and the resurgence of the historic downtown, host to several annual festivals and events.  Key sites include the Elms Hotel and Spa, the Hall of Waters and remaining mineral water wells, Excelsior Springs Golf Course and the brand new Community Center, modern sports facilities and beautiful parklands.  The city supports around 5,000 jobs due to a handful of small industries including a pasta manufacturer that emerged in recent decades to replace jobs lost.  Our residents are involved community members, quick to volunteer and always ready to enjoy a good time.