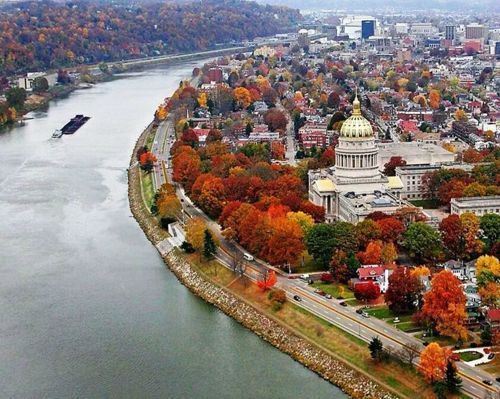 We define our community as Kanawha County, West Virginia. Kanawha County began to take formation in November 1788 under authorization of the Virginia General Assembly and was founded in 1789. The county was named after the Kanawha River, which in turn was named after the Indian tribe that lived in the area. Now, a total of 178,124 people live in Kanawha County, making it West Virginia’s most populous county. Its county seat is Charleston, the state capital. Kanawha County is part of the Charleston, West Virginia Metropolitan Statistical Area - the state's business, financial, medical and governmental center. Kanawha County encompasses 902 square miles. Within Kanawha County there are 8 cities, 8 towns and 12 unincorporated communities. 75% of the county is urban; 25% rural. Between 2010 and 2019 the population fell by 14,929 persons, a change of -7.7%. 89% of the population is white, 7% African American and 4% other. 27% of all occupied households are family households with one or more children under the age of 18. The median age is 43; with nearly 21% of the residents aged 65 or older. 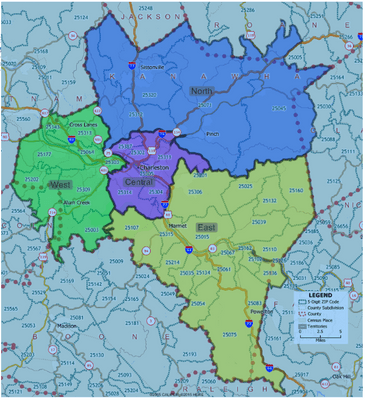 Key sites and landmarks include the Clay Center for Performing Arts, West Virginia State Capitol, West Virginia Cultural Center, South Charleston Mound, Mardi Gras Casino and Resort and the Charleston Convention Center. Kanawha County serves as the central employment location for a nine-county area. More than 11,000 people commute from neighboring Putnam County, while more than 2,000 people commute from Boone and Lincoln counties, respectively. It is not uncommon for workers to travel up to an hour one-way for work in Kanawha County. Kanawha County began year 2020 with an unemployment rate of 4.9% and has seen that rate increase to 10.7% (June 2020) during the COVID- 19 pandemic.

Kanawha County exhibits a strong sense of community, consisting of caring and engaged community members who are willing to work together to improve Kanawha County. Kanawha County has a reputation of being a friendly and “kind” community, welcoming both new residents and visitors.