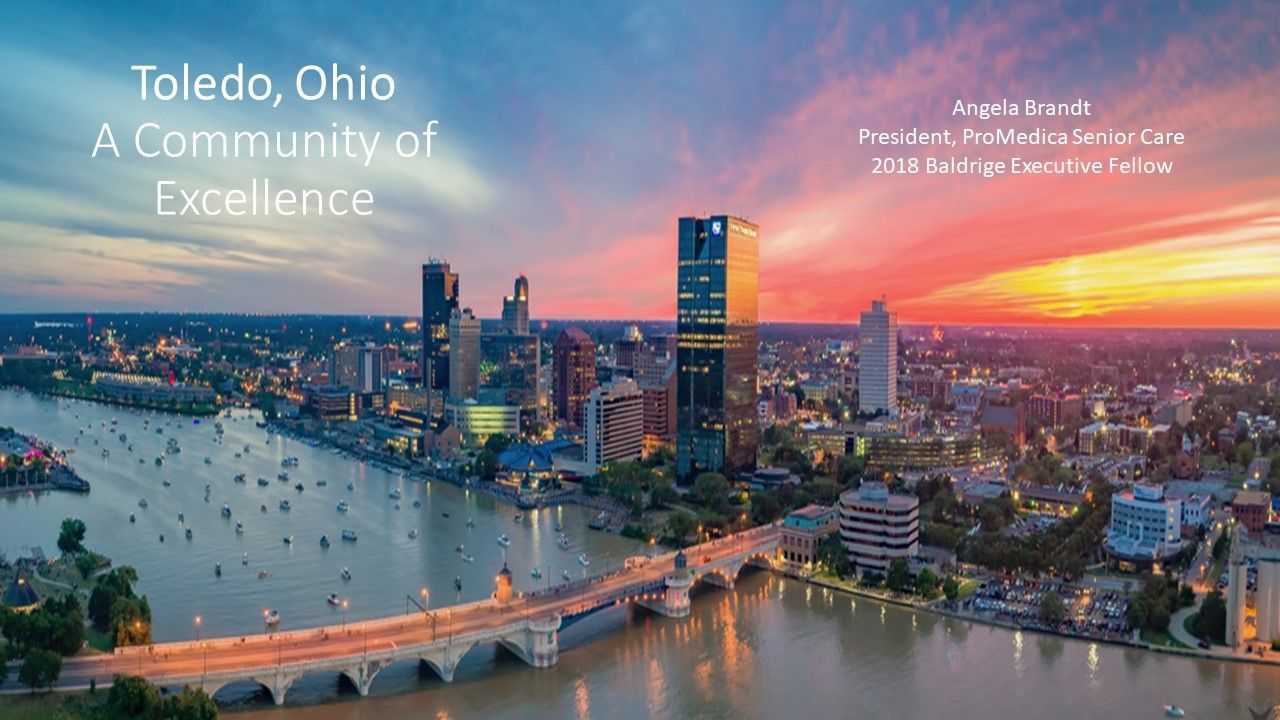 The Toledo Region COE Strategy covers the same geographic region as the Toledo Comprehensive Economic Development Strategy (CEDS) to ensure alignment across regional efforts and collaborations. This region is defined as three counties- Lucas, Ottawa, and Wood- located on the western basin of Lake Erie, bordering northwest Ohio and southeast Michigan. More than 600,000 people call the Toledo Region home, giving it all the attributes of a large cosmopolitan area while retaining the advantages of small-town atmosphere and charm. The Maumee River, the biggest tributary in the Great Lakes, with its distinct bend in the downtown core, is a defining feature of Toledo and the region.

Dubbed “Holy Toledo” due to the number of churches within the city limits, the phrase most commonly seen on signs as you enter into the city limits today is “You will do better in Toledo!”

The identify of Toledo is strongly rooted in the work ethic of its residents and the city’s legacy as an early innovation hub. Toledo’s close relationship to manufacturing and the automobile industry has meant it has had to endure the highs and lows of an economy tied to such a volatile industry including challenges related to outsourcing due to globalization and the increase of automation in production processes. These challenges have led to Toledoans developing a shared identity that is rooted in the ability of its people to adapt and build resiliency. Toledo’s community identify is best summarized by the vision statement of the recently updated Toledo Region Comprehensive Economic Development Strategy (CEDS):  The Toledo Region is shaped by its people making an impact in their communities & is home to a resilient, innovative economy that attracts & values diverse ideas, talent, lifestyles, & careers by utilizing our natural, cultural, human, and infrastructure strengths. 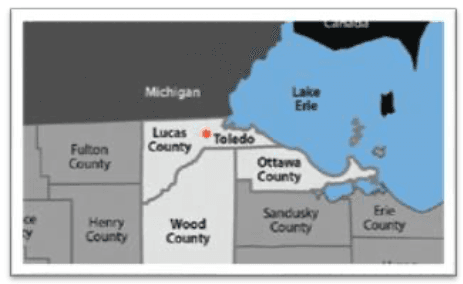 Throughout its history, the Toledo Region has demonstrated an ability to collaborate and innovate to improve the quality of life of its people. From early settlers who saw opportunity in the region’s abundant natural resources as part of the Great Black Swamp to the development of an early manufacturing cluster in the late 1800s, northwest Ohio’s location at the western basin of Lake Erie and on major routes to larger urban centers such as Chicago, Detroit, Cleveland, and Pittsburgh and proximity to Canada have made it an attractive place to live, work, and play.

The Toledo Region and its people have also shown their resiliency in the face of adversity. Following the economic downturn of the Great Depression, the region became an integral part of the nation’s wartime effort during World War II and eventually the home of the Jeep, which was manufactured at the Willys-Overland plant. After the war, the region grew considerably as Toledo became a hub for the manufacturing of automobiles and automotive glass and parts.

Because of the region’s close ties to the automobile industry, the economic success of the Toledo Region has largely been driven by the demand and production of cars and trucks. The region saw a significant decrease in manufacturing jobs throughout the late 1990s and early 2000s, culminating with loss of significant auto-related jobs and companies following the 2008 Great Recession. From Q1 of 2001 to Q2 2009, the region lost over 22,000 manufacturing jobs (43%). However, since 2009, the region has added over 13,000 manufacturing jobs, demonstrating the resiliency of this critical sector in the region. At the same time, the region has taken advantage of its strategic location along several major interstates to become an emerging leader in the transportation and logistics industry and has built upon its historical roots as an automotive glass producer by becoming a hub for the production of solar panels.

Located just north of the intersection of Interstates 75 and 80/90 Toledo is strategically positioned on major highways connecting larger metro areas such as Detroit, Chicago, Pittsburgh, and New York. The city’s location near the crossroads of these major interstates as well as several critical rail-lines and shipping lanes on Lake Erie has led to the continued development of manufacturing and supply chain related businesses as well as the recent emergence of a transportation and logistics cluster in the region with the arrival of an Amazon distribution center in the city and Prime Air at Toledo Express Airport. Today, Toledo is home to five Fortune 500 Company Headquarters including Owens Corning, O-I Glass, Dana, Welltower, and the Andersons and remains the home of several automotive and glass manufacturing related businesses including Stellantis’ (FCA) Jeep assembly plant.